For some links, we may receive a commission if a purchase is made.

This was still my first trip into Far North Queensland and if I were to hazard a guess, I’d say that I was five days into my quest towards Jeremiah Johnson status. I was so new at this and someone who really didn’t know what they were doing. How I got this far and what I ate along the way is a mystery. I knew it was a succession of rides and crash camping along the way.

The 20 dollars Helga had given me had dwindled to a mere $5 in loose change and a sorry $1 note (now a $1 coin). During my highway trekking, I remembered that Enzo, another former co-worker in the same night club that Helga and I worked, was now a bar manager on South Molle Island. Being as close as I’d ever been to meeting up with my old friend, I thought that I would veer off the main highway and head into Shute Harbour, not a short deviation when you are hitchhiking your way to everywhere.

On the way into Shute Harbour is a small township called Airlie Beach, a quaint little beachside stop before Shute Harbour, the gateway to the Whitsunday Islands. South Molle was one of the 75 islands in this tropical archipelago. I settled down for the night in one of Airlie Beach’s campsites. Really it was simply a state-run campsite that consisted of a clearing in the bush with designated bald spots in the grass. I pitched the frazzled patchwork of polyester that I optimistically called my tent. It was held together with fishing line and my newly acquired sewing skills. It was falling apart from only 5 days of travel. My backpack was doing the exact same thing as though the two were competing.

Lesson: “Always buy quality if you can afford it”

I couldn’t, so by necessity, I MacGyvered my way north. 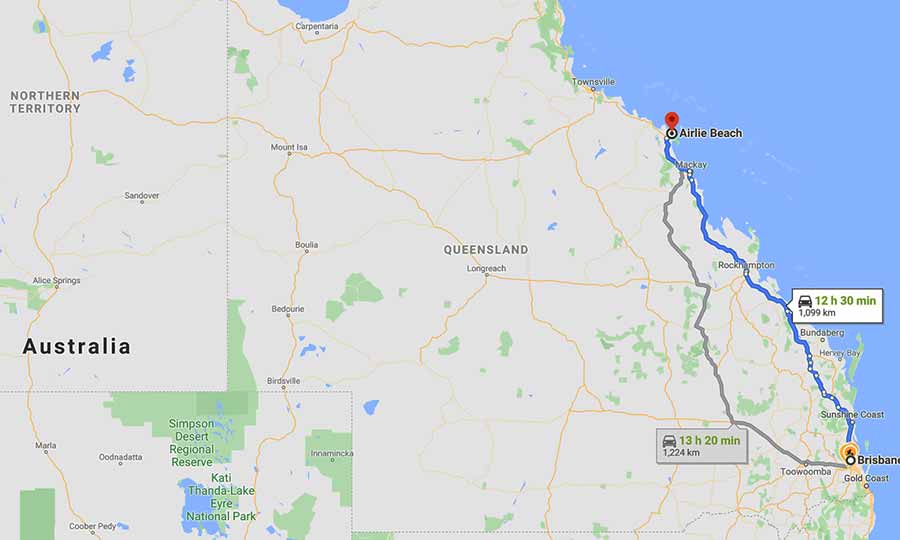 The matriarch of a family camping in the same campground approached me when she saw that I was by myself. She probably felt sorry for me, thinking my campsite had more in common with a homeless shelter than a person who was traveling any significant distance. Little did she know that I had hitched over 1,000 killometers over 5 days to get to this unassuming point on a gifted $15 (don’t ask me where I spent it) and high hopes for where the other $5 would take me.

She asked what all kind and friendly people would ask. My name, where I was from, and where I was going – the standard questions that help strangers make you more familiar to themselves and less of a mystery. I would always give the small “classified ad” response to those types of questions as though every word cost me money. I only had $5 you know. I just figured people were being polite and nobody was really interested in a soliloquy at this point. The Tequila version comes later after much lubrication, if at all.

What is it with me and motherly types? Did I have, “Lost soul” written on my forehead? All I will say is that I was always willing and ready to make a friend, and I’m sure the first words out of my mouth reassured people of that. By the evening I had been invited to join this family by their cozy campfire and was sharing a wonderful paper plateful of the vegetable stew, whose aroma had been torturing me for the last few hours. Telling you that this was my first meal of the day shouldn’t come as any surprise at this point. Finishing a long day with a night of friendly conversation and honest food was always a surprise to me. The day showed no promise of that.

With a belly full of love and a forgiving embrace from a tent that felt my resentment, I fell into the arms of Morpheus once again. A welcoming embrace after an exhausting day trudging north along the open road. 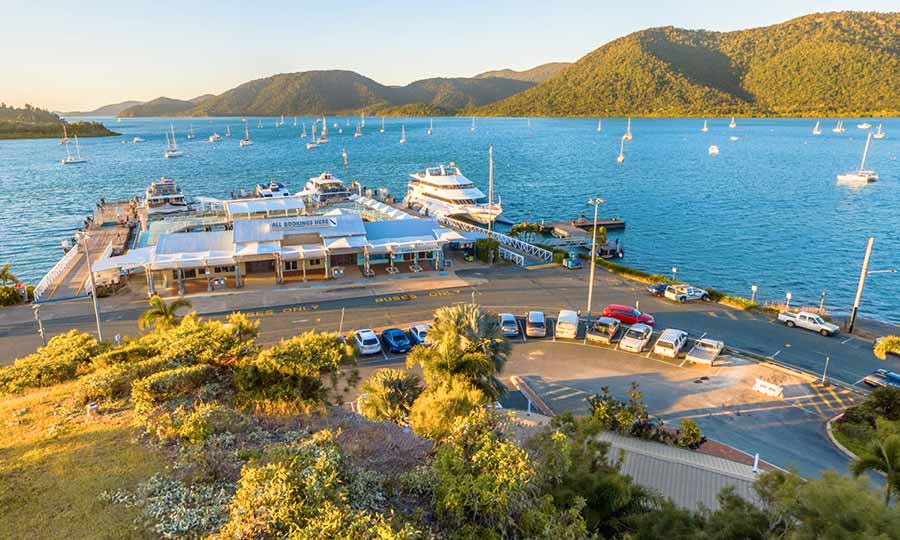 The morning comes and everyone at the campsite is packing up and moving in all directions in preparation for the next leg of their journey. I didn’t really know where I was going, just that Shute Harbour was the place where all the boats headed off to the Whitsunday Islands and that was my chosen direction. Not having much to dismantle, I packed my gear quickly and said my goodbyes to my new friends as they prepared to head out of the Whitsunday area and continue to where they were going. I never asked where that was and I never saw them again.

My thoughts were on the unknown. Did I have the right phone number? Would Enzo even care? What were my hopes in regard to our reconnecting? I was painfully aware of the collection of loose coins in my pocket and that the meal I had for supper wasn’t going to last long. I wasn’t the type to ask or beg so I just headed into the direction of Shute Harbour. More often the days’ beginning gave no clue as to the days’ end. Many days have ended with surprising events that have created blindsiding friendships. Each day’s creation different from the other and all starting without promise or the luxury of hope.

I headed out on to the road and was soon picked up and driven the relatively short distance to what seemed the end of the road, or the beginning, depending on how you looked at things. The bitumen ended there regardless. In those days there were still phone booths everywhere you looked, so I headed for the phone booth that no longer exists and made the fateful call to south Molle Islands reception.

I ask for Enzo and without a word the line was silent. I assumed that someone was fetching Enzo. Moments later a faint almost uninterested yet familiar voice came over the phone…”Enzo”, mimicking the same tone, I responded…..”Enzo, it’s Stavros”…..”Who?”….Stavros! I repeated with more of my familiar tone coming through. As though I had roused a giant, his voice was resurrected into the Enzo that I used to know and love. Stav!! Where are you? What are you doing?…Where are you?… I tried to respond calmly after being as emotionally aroused as Enzo was when he realized a familiar friend was on the line.

I calmly told my friend that I was on my way to Cairns and that I heard he was working on South Molle Island and so I thought we could catch up. It was though he heard nothing and went straight into recruitment mode. “Do you need a job? I’m looking for some good workers and I’ll give you a job right now if you want, all expenses paid and accommodation included, what do you think” You have to understand that this was the best offer I’ve had in at least 5 days….. actually much longer than that but we are not going to sink into that regression. 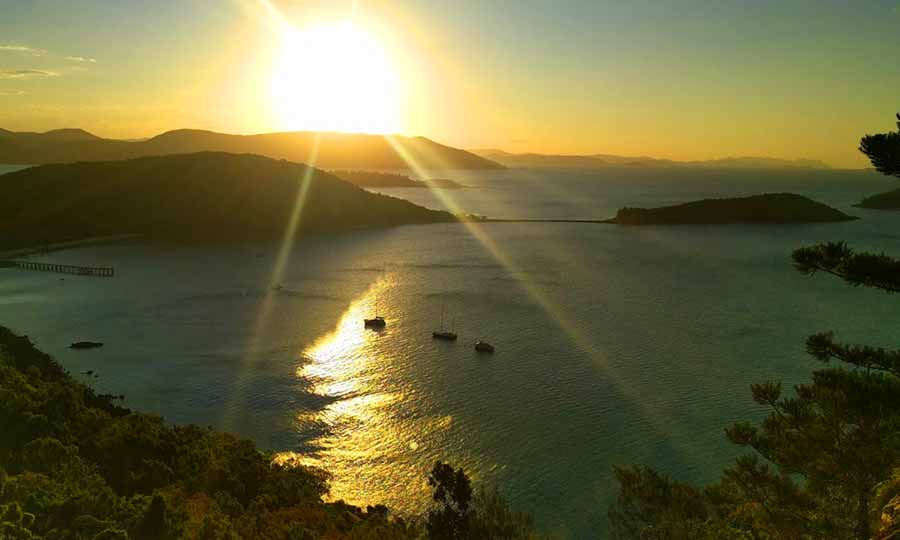 Enzo was convincing. His compelling offer was irresistible. The offers of food, shelter, fun, and adventure, all laced with the dignity of gainful employment. All this offered to a guy who had $5 in his pocket and no clue what tomorrow would bring but guess what? This guy was working again and had a good and familiar friend to start a new adventure with.

Before this, Enzo and I worked in a city nightclub with split shifts and the predictable behavior of hospitality workers in the city. Doing the rounds as we did after work of visiting other night clubs so that we felt we had a night out like everyone else. It was different for us industry workers and yet all too familiar.

It was a Ferris Wheel of sorts and not too exciting. At least here we get to rewrite our own history by vicariously living through the adventures of all the guests on the island and being absorbed in their lives and aspirations. It was a great new adventure for both of us and this time we get to suntan and got to catch large unidentified tropical fish along the way.

Enzo asked me to wait for the next boat coming into dock. It was what I came to know as the “Booze Crusie” and something I would enjoy very much on future voyages. I waited and introduced myself as Enzo’s friend and I was welcomed onboard and off we sailed back to the Island on my first Booze Cruise to South Molle.

What came next would be a personal history that would define me in some ways and something I would never forget.

How Enzo and I Met

I was working as a waitress in a cocktail bar  …..Oh wait, that’s a song from the eighties, No, I was working as a bar manager with a co-worker who shared the position with me named Mike Barrell and we together ran everything in the nightclub section of the complex. We were very young and cocky and thought we knew everything. Regardless, we got the job done. We were younger than everyone else who worked in the club, but I felt that we treated everyone right.

Our management style was more like hanging out with friends while getting paid. It was one way we coped with a job that could have been soulless if it wasn’t for the fun we infused into the grinding work schedule. I would also from time to time, steal food from the walk-in fridge in the back of the 5-star restaurant downstairs and feed it to my workers. One day Enzo was introduced to me as a new worker and he was to be one of the boys on the floor. A busboy. Not a dignified job for an older man but honestly we all did that job, including Mike and me. No glory in being a manager here. I was barely 17 years old and not even legally allowed to drink but grateful to have a job where I could dress up and cause some mischief.

In comes Enzo who looked about 30+ years old. He had a respectable beard and fair hair. Probably because he was a northern Italian and not the southern Cosa Nostra type. He looked dejected and out of sorts, probably because he was ousted from a respectable manager’s job after offending a much less talented rival. Probably someone who was better at the backtabbing business of inhouse politics than Enzo was. Further degrading was the job of busing tables after being a man of position and respect. I sympathized with him not knowing the details of his demise but being able to discern the wounding that cloaked his countenance.

I reassured Enzo that no such politics existed here and my youthful arrogance was directed to my ability for problem-solving and was not inflicted on my “peeps”. Disarmed by my jovial nature and welcoming smile, we became fast friends. Enzo was a kind soul and someone who will always have a place in my nostalgia.

← Are All Hammocks The Same? Options to Consider What is Stealth Camping, Ninja Camping, and Guerrilla Camping? →