What is the Easiest Steel to Sharpen? 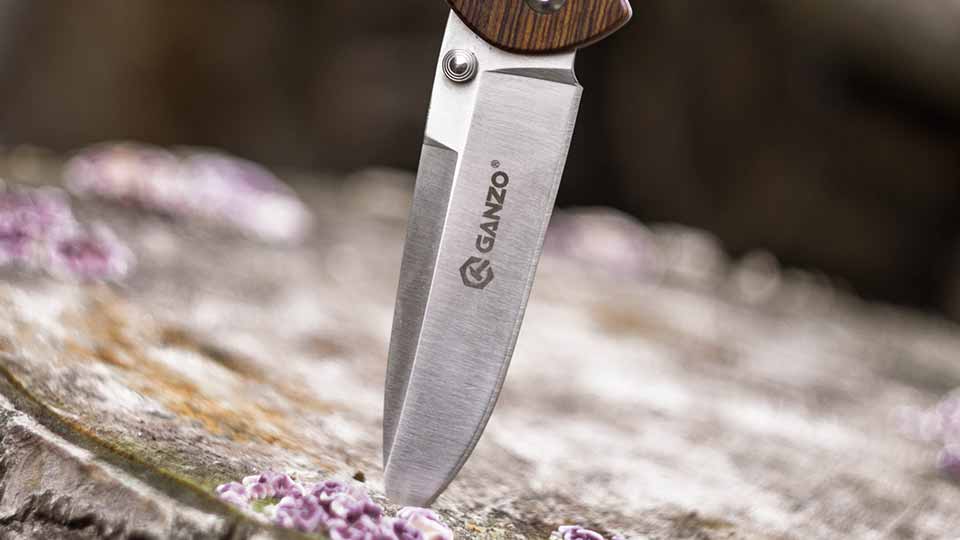 Whether for dicing vegetables in your kitchen or building a bushcraft shelter in the woods, a knife is an investment, not something you want to be regularly replacing as it repeatedly blunts from use. Fortunately, you can sharpen knives when they start to lose their edge, significantly extending the useable life of your blade, but putting a little thought into the type of steel your knife blade is made from can make your life much easier in the long run.

While there are steels that are easier to sharpen, our pick for easiest steel to sharpen goes to 440C grade steel, as it offers an excellent balance between durability and ease of sharpening. Of course, there is more to this topic than a single sentence can cover. For instance, why would you want a blade that is easy to sharpen rather than one that is tougher? Keep reading, and we’ll tell you! 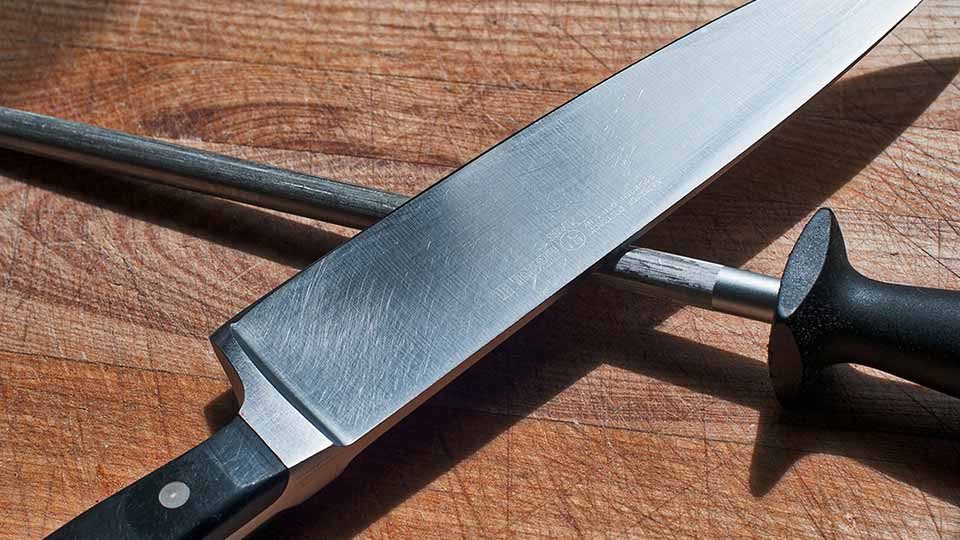 Why Not Choose a Tougher Blade?

There are many different grades of steel to choose from when it comes to buying a knife, covering a range of different toughnesses, levels of corrosion resistance, and more. Naturally, a tougher steel is something of a double-edged sword (not literally… unless you use it to actually make a double-edged sword) because you get the benefit of steel that doesn’t blunt as easily but is considerably more difficult to sharpen when it does blunt.

Another problem with harder steel is that it tends to become more brittle. That is not to say it will shatter easily—tougher steel is still tougher—but it means that if it is subjected to enough force to damage it, it is more likely to chip and crack.

This is why tougher steels are often preferred for kitchens and similar environments. Here, the knife is unlikely to be put into service cutting anything more difficult than a carrot or piece of meat. That means that the tougher blade will last much longer and will be unlikely to face the kinds of stresses it would take to chip or crack it.

For things like bushcraft and survival situations, a knife that is easier to sharpen is often preferred. This is because knives in these situations face considerably more abuse, cutting wood, and other tough materials. No matter how hardened the steel is, a knife in this kind of situation will end up blunting eventually; it is unavoidable. That is why people who need a knife for this kind of situation often opt to get a blade that is easier to sharpen, sharpening it regularly rather than struggling to sharpen a harder knife less often.

Sharpening a knife is not as difficult as many people imagine, especially once you have gotten the hang of it. This makes the fact that people with softer blades would be sharpening their knife more regularly less of an inconvenience than it might appear from the outside.

In some cases, a knife blade made be made from multiple grades of steel or are treated differently in different places. Two examples of this are differentially heat treated and laminate blades.

With differentially heat-treated blades, the spine of the blade is treated differently to the edge, allowing for better edge retention along the cutting edge while keeping toughness in the spine. With laminated blades, a harder core is sandwiched between tougher metals, allowing the best of both worlds. Both of these methods make the blade more expensive, however, so it is there is a trade-off to be made. 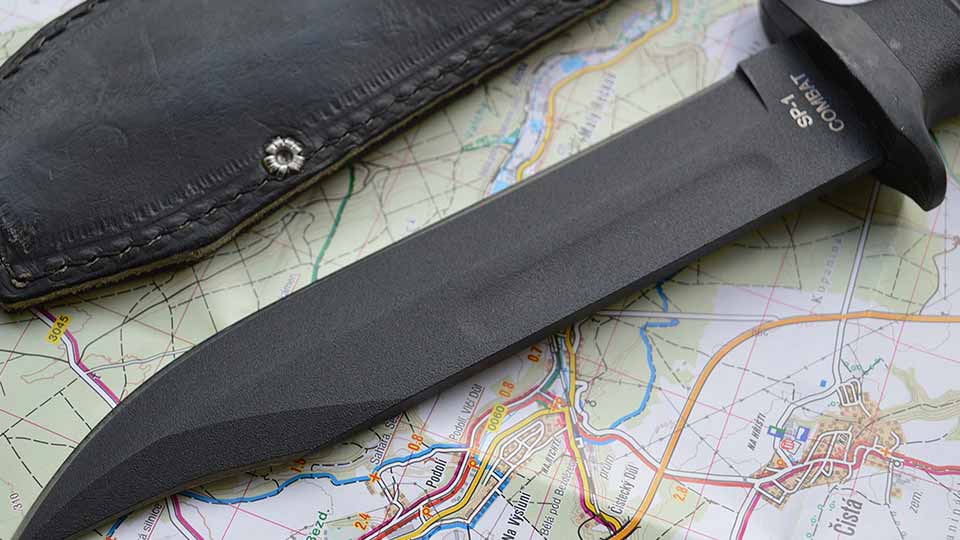 Knife blades are typically made from steel, which is an alloy of iron and carbon that provides much greater strength than iron alone. Untreated steel is relatively soft and much easier to shape, but once its final form is realized, it is treated with heat to harden it. As a general rule, the higher the carbon content of the steel, the better edge you can get from the blade, but this comes at the expense of less corrosion resistance. Let’s take a look at some of the different steels that are commonly used for knife blades.

S30V is a steel that is popular for use in culinary blades. It features a relatively high carbon content with some Vanadium thrown into the mix. These give the steel an impressive mix of corrosion resistance and edge-retention, two things that are somewhat mutually exclusive with other steels. Many people consider this the best all-around blade steel available today.

One of the better steels for the heavier cutting duties, 154CM is a stainless steel with a high carbon content. This type of steel typically has better edge retention than other steels more commonly found in kitchen knives.

There are many different grades in this bracket of steel, including 410, 420, and 440. As a general rule, the smaller the number, the less carbon you will find in the steel. This means that the lower numbered 400 series steels are softer than the higher numbered steels but also tougher. There are also sub-types, such as 420HC, 440A, 440C, and so on. Once again, the naming convention can often be boiled down to incrementally more carbon. For example, 420HC has more carbon than 420, and 440C has more carbon than 440A.

400 grades of steel are very popular for knife blades because they achieve a good balance of economical pricing, toughness, edge retention, and corrosion resistance.

The AUS series of steel is mostly comparable to some of the steels in the 400 series, albeit made by a different manufacturer. Specifically, AUS steel is comparable to the 440A, 440B, and 440C grades of steel, though they are a little tougher for the most part. 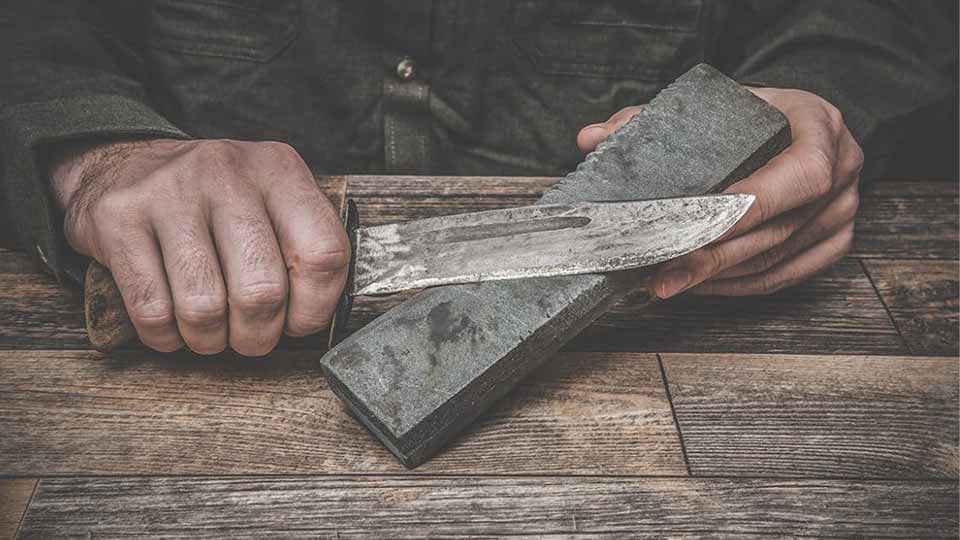 Of course, there are far more steels available than we have listed here, but we felt these steels in particular warranted mentioning due to their popularity. It is worth noting that, oftentimes, the only difference between two comparable grades of steel is the name on the blade, with different manufacturers putting their own alternatives out into the same markets to compete with each other. Here are some other notable steels.

Is Easier to Sharpen Better than Edge Retention?

As we touched on above, there is a compromise between edge retention and ease of sharpening. The harder a blade is, the more difficult it will be to sharpen, but at the same time, that harder blade will need sharpening less frequently.

If your blade will not be tasked with much in the way of tough materials—wood and raw meat or gristle, for example—then a harder blade may be preferable. It will hold its edge for a very long time thanks to the fact that it is not having to work too hard. And, when it does eventually begin to lose its edge, it can still be sharpened, just not as easily as softer blades.

If you are going to be cutting things like wood, a softer blade may be better, counterintuitive as that may sound. The reason for this is your blade will need sharpening at some point, regardless of how tough it is. And if you use it a lot, it will need sharpening regularly. So, if you are going to be sharpening your blade regularly anyway, you may as well opt for one that sharpens more easily, even if it means you may have to do it more often.

Another reason is the brittleness of it. Knives are designed for a specific kind of motion—cutting. As much as you might try to use your knife properly, cutting things like wood will inevitably lead to your blade going through some stresses that it was not necessarily designed for, such as torque. With a harder steel, there is a much greater chance that you will crack, chip, or snap the blade. Granted, you will have to put more force into the blade than with softer blades, but those softer blades are more likely to deform rather than break.

Ultimately, all knife blades can be sharpened; it is just a matter of the ease with which the task can be completed. Many chefs like the process of sharpening their knives as an almost meditative act and would prefer a knife whose edge needs a little brightening up before their shift. Conversely, survivalists and bushcraft enthusiasts are often in situations where their comfort—even their very survival—relies on their knife’s ability to do its job. It makes sense, then, that they would opt for the most reliable option, even if that reliability means sharpening it more often.

There is also the matter of the sharpening metal. Very hard blades can be sharpened, but they will need a stronger metal to sharpen it with. A particularly soft blade can even be sharpened on a random stone found lying on the ground, which may be appealing to a bushcraft enthusiast, but for a chef, it is likely worth investing in a decent set of knives and sharpening tools. 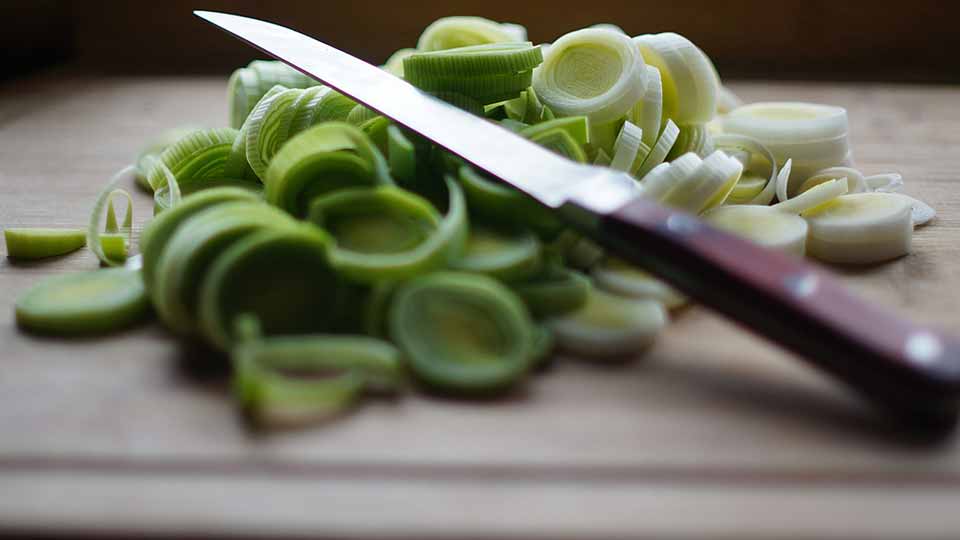